Calling himself a pro gambler and drinker, SteveWillSendIt is one of the craziest casino streamers you’ll find on Twitch. He is well known for his outrageous pranks, and you certainly get a bit of this action when he’s streaming. From crazy jokes while spinning slots to trolling live dealers, SteveWillSendIt streams are a riot.

Behind the name is Steve DeLeonardis. You might have already heard of him if you’re into prank videos. Steve is part of the Nelk Boys, which has a Youtube channel run by American and Canadian pranksters with some of the funniest and outrageous stunts on the internet. They’re famous for their “Full Send” videos where they just don’t give a damn about any of the consequences. With around 750k followers on Twitch, SteveWillSendIt is one of the most popular casino streamers. He also goes by the name SteveWillDoIt.

Which Casinos does SteveWillSendIt play at?

In the past SteveWillSendIt played mainly at Roobet Casino. But this has changed. After a short online gambling break, he is playing now exclusively at Stake Casino. An online casino with more than decent game selection, Stake carries well-known slots and table games from established developers. It’s not just the biggest crypto casino, but Stake is also licensed and safe place to play. However, for now it is a pure cryptocasino, which means it only accepts cryptocurrency.

Being a bit of a prankster, SteveWillSendIt loves the interaction at live casinos with the pretty croupiers who have to put up with his antics. Of course, he’s not always just horsing around. You’ll often see Steve put some his gambling skills to use at Live Blackjack and Roulette tables on his streams.

SteveWillSendIt also likes to check into slots. Like with many streamers and high rollers, the high variance Sweet Bonanza and Book of Dead slots have great payout potential and are some of his favorite games. 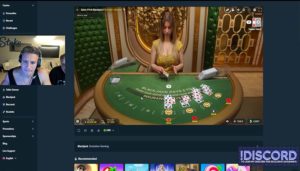 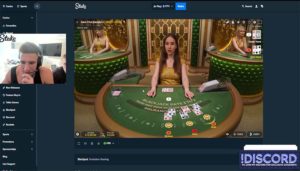 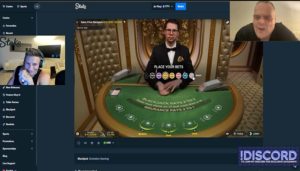 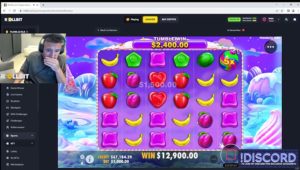 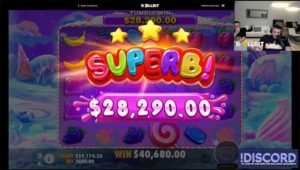 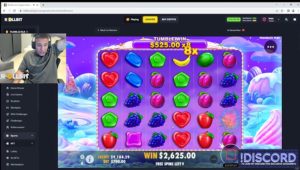 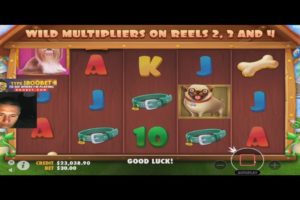 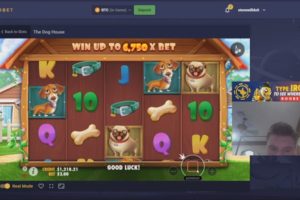 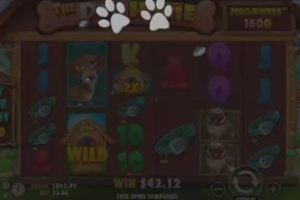 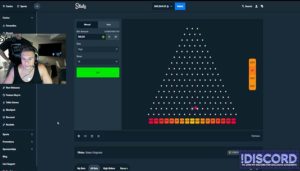 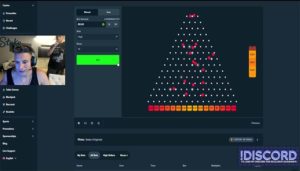 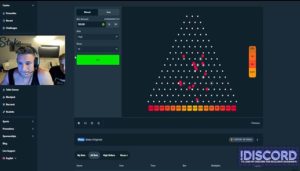 You can easily find these games at online casinos. The slots can be played for free in practice mode. Live dealers are only open for real money gambling, but there’s nothing to stop you from warming up with some of the software based table games on these casino sites.

Where and When does SteveWillSendIt Stream?

There is no schedule posted on SteveWillSendIt’s profile on Twitch. Casino games are more of a side game for Steve, so it kind of depends on his mood and whatever madness he’s up to. He has been streaming more regularly though after a quieter winter in 2020. According to his overall Twitch stats, he’s live for about 3 days a week on average.

It’s easiest to just follow him on Twitch if you want to catch one of his streams. SteveWillSendIt is much more regular and consistent on Youtube, where he goes by SteveWillDoIt. New videos are added every Tuesday. These feature his crazy lifestyle more than casino games.

SteveWillSendIt, or Steve Deleonardis to be exact, is much more than a casino streamer. He’s a prankster and daredevil, and simply loves doing the most outrageous things possible. Like calling the cops with the Nelk boys, and telling them they had a car full of coke that turned out to be coca cola. Or drinking 12 beers in 2 minutes. You get the idea. His whole thing is about doing what others don’t dare to do. Steve DeLeonardis is a full blown personality and it’s all over his streams. Casino games are just one of the many things Steve enjoys.

©SteveWillDoIt | You can definitely see that SteveWillSendIt and SteveWillDoIt is one person. Gambling and enjoying life is a good fit.

In May 2017, Steve started a challenge under the name SteveWillDoIt. He would literally do anything people asked him to do, right in front of the camera. These videos went viral and are now part of his regular Youtube channel, where he goes by SteveWillDoIt.

The name SteveWillSendIt started with the FullSend videos Steve DeLeonardis did with Nelk Entertainment. Full Send refers to the YOLO lifestyle, in which the boys go full throttle towards something. It’s intense and hard core commitment. And SteveWillSendIt is the name he goes by on Twitch as a casino streamer.

You would be missing out on a lot of the madness if you only watch SteveWillSendIt streams on Twitch. Youtube is actually where Steve uploads the crazy stuff he does. From surprising friends and strangers with a Rolex or a PS5, to getting a happy ending massage with a homeless man, to sneaking laxatives into Brad Martyn’s drink, SteveWillDoIt is always doing something you can’t imagine.

©NELK Boys | SteveWillDoIt is part of Nelk, one of the most successful channels on Youtube.

In 2019, Steve DeLeonardis met Kyle Forgeard and Jesse Sebastiani, two crazy Canadian pranksters behind the Nelk Entertainment group. If you remember the Jackass movie, then Nelk is like the Jackass guys got together and decided to do Youtube videos on a regular basis. Steve decided to join the group, and in 2020 they all decided to move to Los Angeles. Other than the coke prank on cops, they’ve also done some pretty funny and wild things that have gotten them arrested for misconduct. The videos they make are some of the funniest you will see, and they have a cult following with fan meetups that are so huge that police supervision has sometimes been called for.

Are the Casino Streams Fake?

A lot of people wonder if SteveWillSendIt streams are fake, especially since he has had both Roobet and Stake casino partnerships. The quick answer is that while casinos do give the streamer some bankroll to play with, Steve can withdraw a portion of the wins. That means it’s not fake, although it’s certainly not the kind of bankroll the average person has access to.

Even prior to deals with casinos, there is little reason to suspect that SteveWillSendIt is a fake streamer. His bet sizes weren’t particularly high. When compared to the Rolex and Tesla giveaways on his Youtube, it’s pretty small money. His casino streams are actually pretty tame compared to his videos on Youtube. Gambling streams are just another hobby on the side and not his main source of income. Steve DeLeonardis was already rocking it long before he got onto Twitch.

Steve DeLeonardia was born and raised in Florida. He has been posted some lovey dovey photos of him and his girlfriend Celina Smith. They’ve been together for a few years and through some rocky patches. Celina is a social media influencer herself with plenty of followers on Instagram and subscribers on her OnlyFans page. It seems that they are together for now and really happy. On 28 November 2021, Steve said on his Instagram that his girlfriend is pregnant and he is “becoming a happy dad”. Later he revealed, that this was only a prank.

Beyond that though, we don’t know a whole lot about SteveWillSendIt’s personal life. But the borders between the personal and professional are blurry when you live such an outrageous lifestyle in public eyes.

Take SteveWillSendIt with a Grain of Salt

As much as we love SteveWillSendIt’s casino streams, it’s important to not take everything he says too literally. During a stream on 22 May, 2021, Steve stated, “If you’re gambling, you can only lose when you quit! … There is no such thing as losers in gambling. There is winners and there is quitters. Don’t be a quitter! “

It was obvious that Steve was heavily intoxicated when said that, but we would just like to remind our readers that what SteveWillSendIt said is wrong. Casino games are games of luck, which means playing longer does not mean you will win. Each spin or hand dealt is independent from one another. It’s important to know when to quit when gambling. It is very possible to lose everything and not win it back. Knowing when to stop certainly won’t make you a loser

You will find SteveWillSendIt on social media doing all sorts of crazy things, far beyond streaming slots. Here are the main channels he’s on:

©twitch.tv/stevewillsendit | After a break Steve is back. He is streaming regularly on Twitch while playing at Stake Casino.

For a long time it seemed that Twitch and casino streaming was not Steve’s main thing, but nonetheless he still has over 740k followers. Since he hooked up with Stake Casino, he’s been doing casino streams more regularly. As his fans know him from other social media activities, SteveWillSendIt is a great entertainer. It’s thrilling to watch him blow hundreds and thousands of dollar in his streams.

©SteveWillDoIt | Here you can see an older screenshot of SteveWillDoIt’s Youtube channel. Back then he had just a bit over 3 million subscribers. Now he has over 4 million people following him.

Youtube is where SteveWillSendIt, or rather SteveWillDoIt, is most active. This is where he uploads all his videos every Tuesday. Casino content here is relatively low though. While there are vids of him losing $100k in Vegas, it is mostly videos of Steve surprising friends and family with their dream car, going for hotbox challenges, eating mountains of food, as well as bailing fans out of jail. He has a huge 4.6 million subscriber count here and new videos are uploaded every Tuesday.

In May 2022, Steve started to post on a second Youtube channel under SteveWillDoIt Two. This channel has already roundabout 250k subscribers and is completely dedicated to his online gambling with videos of some crazy wins. He propably already had an gambling related Youtube Account under the Name SteveWillDoIt, where he stopped posting after uploading ten videos in July 2021. Let’s hope that he keeps his regularly gambling vids on his new Youtube Channel. 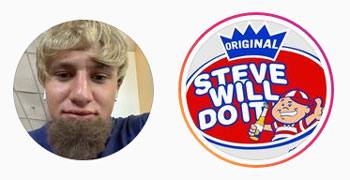 ©SteveWillDoIt | There is some crazy stuff waiting as you might guess from the profile pics on Steve’s two Instagram accounts.

The SteveWillSendIt Instagram has well over 800k followers. The content is so out of this world that Instagram has deleted some of his posts, which is probably because sometimes he is over the top. Or because on this channel he posts mainly gambling related content.

Steve DeLeonardis has another Instagram account, under SteveWillDoIt. The pics and videos are awesome. You can see him chilling with Joe Rogan, Donald Trump and other stars. But you can also see him at the beach, with his luxury cars and more. The SteveWillDoIt IG account has 3.5 million followers.

Steve is SteveWillDoIt on TikTok, and he’s a regular here. There are tons of videos of the pranks and challenges he does in Nelk Boys style, like the one where he takes a whackload of laxatives. There are also many, many heartwarming surprises where he gives people in need huge amounts of cash, plus gifts like PS5 and Rolexes. Steve has over 1 million followers on TikTok and most of his videos here have well over 100k views.

Join other Steve’s fans on Discord. There are 35,600 members in the community. The chats are always busy, with well over 3,300 people chatting away at any given time. Of course, there are two Gambling Rooms here– one for sports betting, and one for gambling in general. Although there is a lot more than that and Steve has several channels set up here for specific content, like Fullsend, his Youtube, Twitch and general social media, so it’s a great place to stay on top of it all.

If you’re looking for a riot, Steve DeLeonardis is your man. Whether under the name SteveWillSendIt or SteveWillDoIt, he’s always out to do things the most outrageous things imaginable. From eating and drinking competitions, to hotboxing, to flirting with the law, Steve is ready to take on the world. In front of a camera, of course. On Twitch, SteveWillSendIt is a casino streamer, and the action is just as outrageous and unpredictable as he is in real life.