We’re always up for a good show, and when it comes to online tv, few rival the Nelk Boys for their entertainment value. The Nelk Boys have blown millions away with videos of their shocking, controversial, and always hilarious pranks that have spread across the internet like wild fire. And now they’re taking their signature full send to delivering casino streams.

That’s right, as of May 2022, Nelk has started doing casino streams on Twitch. Like many high profile, high rolling streamers and celebs like xQc and Drake, they have decided to go with with Stake Casino as their chosen site for play. This leading crypto casino not only has high bet limits, but also a most awesome collection of games and betting options, include sportsbetting, which the Nelk Boys have also been rolling with.

Which casino do the Nelk Boys play at?

The Nelk Boys play at Stake Casino. That’s the answer for you straight up. It seems to be some sort of an exclusivity deal although the details of the deal are unknown.

If you’ve been following the Nelk Boys for a while, you would know they’ve done online gambling before at Roobet back in 2020. That’s over now and it’s all about Stake, which seems to be drawing all the hottest people over onto their site.

Online casinos are jam packed with all sorts of different games. There are thousands of slots with more themes than you can imagine, card and table games that are available as both software-based and live games, as well as live game shows. At top crypto casinos like Stake, there are also exclusive crypto arcade games that make betting opportunities out of the most simple games.

The Nelk Boys are rocking through this smorgasbord of gambling options, although they do have a particular penchant for live roulette and blackjack with a few beers. They play with some seriously high stake hands and have lost $100k in just seconds, but have also won $160k in one game as well. High stakes gambling seems to be part of their full send strategy, although obviously not many of us can afford to play this way. 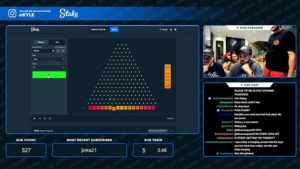 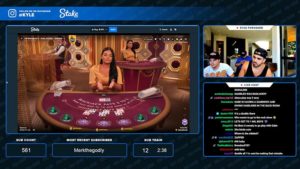 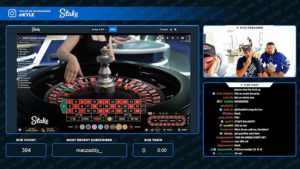 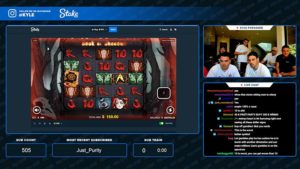 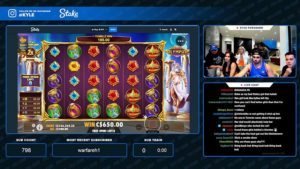 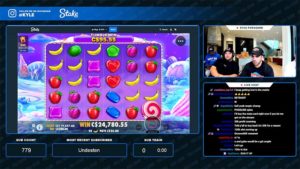 The boys are also big on the crypto games at Stake. It’s easy to understand why. Simple, fast paced, and with massive win potential. They regularly do the rounds on Plinko, Mines, and Crash, and again with huge bets ready to blow things up. Like $100k down the drain with Mines. Although to tip the balance back a bit, SteveWillDoIt scored $50k playing Crash with the Nelk Boys.

Of course, slots are also on the Nelkboys’ playlist. Their full send style means they go for high volatility slots. They’ve had some epic losses but have also had epic wins. Like when Kyle packed in well over $100k playing Sweet Bonanza from Pragmatic Play, and Chaos Crew from Hacksaw Gaming.

Where and When do the Nelk Boys Stream

If you’re looking for the Nelk Boys streams, they are to be found exclusively on their Twitch channel, under the name nelkboys. They don’t put their gambling content or streams on Youtube, so don’t even bother there. Recordings of the Nelk streams stay on Twitch.

As for when they stream, it’s usually in the evenings. Sometimes it’s just for 2 hours or so, but every now and then they also do longer sessions. They don’t have a regular streaming schedule posted, so it’s easiest to just follow or subscribe to their Twitch.

Who are the Nelk Boys?

©instagram.com/nelkboys | Here you can see some of the Nelkboys with the former US President Donald Trump.

Nelk has been around since 2010 and the crew has had different members over the years. Kyle Forgeard and Jesse Sebastiani founded the group in Canada, and they moved to Los Angeles in 2014 when things started taking off. The move over the border means they also have some Americans on the team now. SteveWillDoIt is one of the most prominent Nelkboys and has his own channel as well. Then there is Salim Sirur, Jimmy Gambles, Cousin Jay, and Lucas Gasparini. John Shahidi and Sam Shahidi are on the team as well, working a lot with the merchandise. Although not part of the Nelkboys, Dana White from the UFC hangs out a lot with the crew and often gets in on the sports betting action with Kyle. 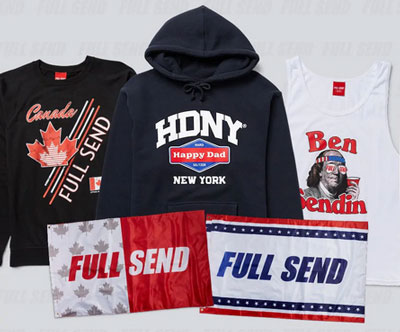 ©fullsend.com | Fullsend is one of the Nelkboy’s most important brands.

Nelk has released merchandise in limited editions under their signature name of Full Send. T-shirts, hoodies, socks, stickers and more have sold well and quickly. Then in 2021, the boys launched Happy Dad hard seltzer, available in stores in California and online. Of course, there’s a full line of Happy Dad merchandise to go with the drink too, like bar mats, koozies, buckets, flags, and even a beer pong table.

Nelk just launched a NFT in January 2022. Called the Fullsend Metacard, the NFT called for 0.75 ETH each, which was roughly the equivalent of $2,300. The boys picked up over $23 million in just ten minutes as the 10,000 Metacards were all grabbed up immediately. The NFT works like a membership card, with doors opening in both the real and virtual world. Entry to Full Send parties, festivals, and gyms are on the list, and of course there’s always exclusive content and products to match.

The Nelkboys are always on, and you can easily check what they’re up to on popular social media channels. We put together a quick summary for you.

Nelk has dedicated their Twitch to casino streams and currently counts 359k subscribers on this platform. This is without a doubt the place to be if you want to check out their full send gambling. However, because the channel is dedicated to their casino ventures, you won’t get the full Nelk Boys news here.

The Nelk Boys tweet frequently enough and this is a good place to get their news. Sometimes, there are gems, like when they announced that they were doing a $1,000 cash drop at Stake Casino. There is of course their general news, like the NFT project, as well as pics of them with Trump, and just living their best life.

Youtube was where it started and it remains the Nelk Boys’ home base with over 7 million subscribers. This is the place where Nelk uploads their latest pranks. Over the years, they’ve done interviews and videos with celebs, who sometimes join them on the Fullsend Podcast, which gets its own channel within the Nelk Youtube.

Snoop Dogg, Suga Sean, Caitlyn Jenner and many more have all been guests in Nelk’s videos and podcasts. They also have channels for FullSend Metacard, FullSend MMA, Happy Dad, and SteveWillDoIt. There is FullSend Golf as well, but golfers might be disappointed to find they haven’t put much there, although Nelk has done some pranks on the golf course that are shown with the other videos they have on Youtube.

©youtube.com/user/NelkFilmz | Youtube is for sure the biggest platform of the Nelkboys. Millions of people are following the social media stars.

As for Instagram, it’s as good a channel as any other for following the boys. There is a really nice mix of photos and videos, some from their pranks and others just from hanging out with friends. Actually, most of them are videos and reels, so you get to see Nelk in action here. The boys have a pretty solid fan base here too, with 4.4 million followers.

Nelkboys on TikTok are absolutely wild. You’ll get short and super concentrated videos from the boys, including them interviewing Trump, Caitlyn Jenner talking about Kanye, videos from Happy Dad events and the weird stuff they get up to on a daily basis in their huge mansion in LA. They have a solid 4.1 million followers here who absolutely love their videos.

The Nelk Boys are famous for their no holds barred approach to life. Their full send approach to everything they do means that their videos are always the craziest things you will see. Now they bring their full send to online gambling, and at Stake Casino no less. If you’re into the thrills of super high stakes gambling, then make sure you check out the Nelk Boys casino streams on Twitch.